The rapidly expanding and very quick and exciting Cape 31 Class are joining in the fun at the 2022 Hamble Winter Series. Although this is the first time the class has come to the HWS, en masse, the boat itself is not a stranger to the series. Back in 2020, the first Cape 31 brought into the UK, Tokoloshe 3, was campaigned by the Bartholomews and if memory serves me well, it cleaned up that year in the Hamble Autumn IRC Championship.

Now, the numbers in the UK Class, racing in the Solent, are enough for them to sail as a class. Indeed, there were seventeen of them battling it out in their final Summer event hosted by the Royal Thames Yacht Club. The Solent boats were augmented by four from Ireland and one from both the USA and the Netherlands. Although the class is new to the winter series the names of a number of the boats and their owners, include severalHWS regulars. In addition to Tokoloshe: Gelert, Jiraffe, Nifty and Fanatic are serial winter series competitors.

The programme for the Cape 31s starts with a weekend of intense windward/leeward racing on the 15th & 16th of October. They then return for two races a day on the four Sundays in November. The only discard allowed in this series is one of the November Sundays.

The 2022 Hamble Winter kicks off on the 1st & 2nd of October, with a weekend of One Design racing for the J70 and SB20 fleets. The main series, for IRC rated yachts, starts on Sunday 2nd October. The racing continues until the 27th November with a lay weekend on October the 29th and 30th.

For online entries to the series go to: www.hamblewinterseries.com 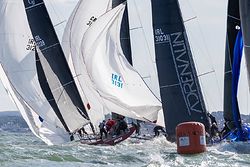 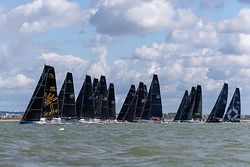 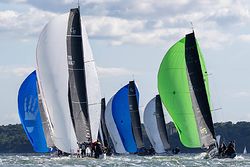