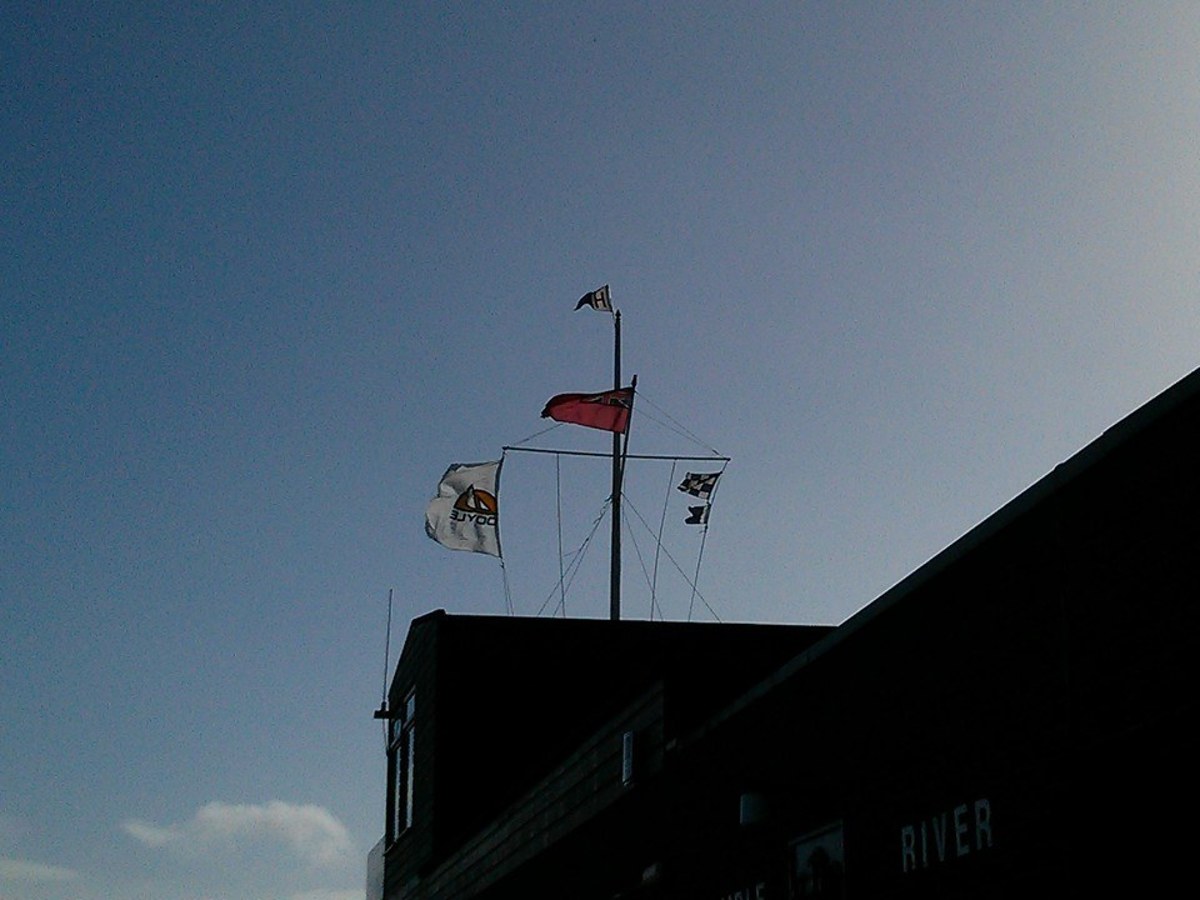 The storm that has caused travel chaos on roads and railways also kept competitors ashore in the Garmin Hamble Winter Series and Doyle Sails Hamble One Design Championships at the weekend.

Saturday saw a steady 25 knots with gusts into the mid-thirties, which forced the race committee to hoist N over A on the club flagstaff and abandon racing for the day. Competitors were kept abreast of news on the event website, Facebook and Twitter. Fittingly, day Sponsor was The Bugle – which was where many of the competitors spent their new-found freedom, while a few boats braved the conditions and had a lively sail to Cowes and back for lunch.

Despite the best of intentions, Sunday’s forecast looked ominous – and the race officer made the call to cancel racing at 2000 on Saturday evening. This was a popular decision with competitors, many of whom travel a long way to take part in the racing. Start time on Sunday saw a base wind of 35 knots with gusts of 42, and very few boats were to be seen on the Hamble – with the exception of a large orange inflatable buoy, which freed itself overnight and was recovered from a Warsash garden on Monday morning.

Next weekend sees a mid-series break, to give competitors time off for some Christmas shopping, also allowing enough time for the short Solent clam-dredging season to pass and the Solent to be clear again. Racing resumes, with one race a day, on 10 November.

Photo: N over A on the HRSC flagstaff