There is really only one place to start this week. JAGO, Mike and Susie Yates, Yacht of the Series and Paul Heys Trophy winner. This very well sailed J109, has had a remarkable season, excelling offshore with a third overall in the UK Double Handed Series, including a first place in the Double Handed Nationals and then scoring a perfect twelve first places in the twenty one boat, IRC 2 Class, at the Hamble Winter Series. Last year Mike was very disappointed when he did not retain the Paul Heys Trophy for the best performing J Boat. "You told me last year I had to sail faster" said Mike on Sunday and he certainly did, adding the major prize, Yacht of the Series, in the process. 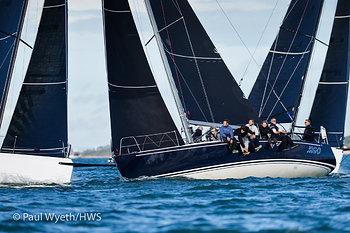 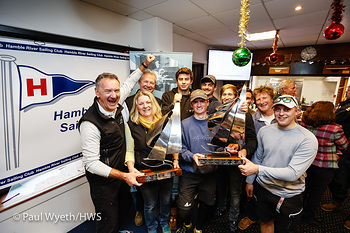 The final Sunday of the 2022 series was a rather dank affair, cloudy with a bit of drizzle. The breeze was SW 5-9 kts dropping to 4 kts in patches towards the end. The CV Wetwheels, set up a quarter of a mile inshore of John Fisher (4Q). PRO Kathy Smalley and her trusted Lieutenant, Peter Bateson, decided to give the IRC Classes a "round the cans" course, but with a windward/leeward flavour. The windward mark was West Knoll (3Y) followed by a range of leeward marks for the different classes. All classes had the final 3 marks in common in case course shortening was needed, but it wasn't, so Jane (4E), Royal Southern (4S) and of course, hamblewinterseries.com (4J) to finish, was the order. The Cape 31s had their normal two lap W-L of 4 miles to start with, followed by the IRC 4 cans race course for Race 2. 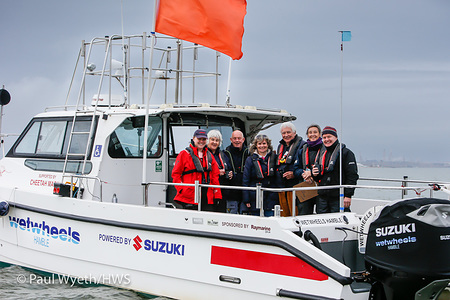 In IRC 2, Tigris, Sunfast 3600, Gavin Howe, finished just ahead on the water, but the mighty JAGO had them by more than four minutes on corrected time. Hot Rats, First 35, Robbie and Lis Robinson were third on Sunday and third overall, which is quite an achievement considering the self-inflicted retirement they had in Race 10. They manged to discard the retirement and finish level on points with, Triarchy, Arcona 380, Oliver Reynolds. Triarchysnatched second overall on count back. 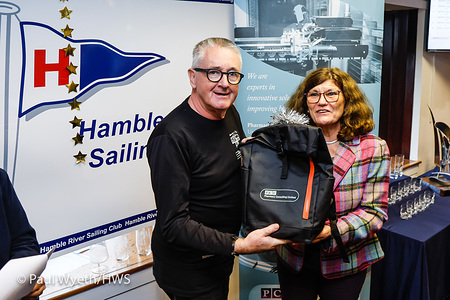 Quokka 9, Half Ton, James Crew won Sunday's race in IRC 3 by over five minutes, but, With Alacrity, Sigma 38, Chris and Vanessa Choules slipped home in second place to take the overall win by one point! Third on the day and third overall was David Greenhalgh's, J92, J'ronimo with David back on board this week. 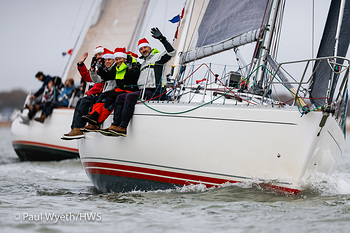 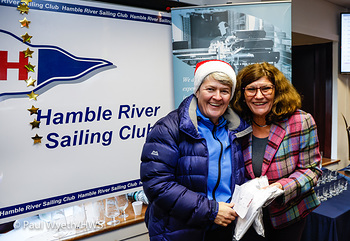 Protis, Quarter ton, Ian Southworth and Team Hamble, had a nearly four minute cushion in winning IRC 4 on Sunday. This gave them a fairly comfortable win overall, eventually, having been chased hard by Banter, Mustang 30 mk 11, Ian Handley and Tim James. Rob Macgregor, on the other Mustang, Dark Horse, was third for the ninth time this series no need to say where Dark Horse came overall. 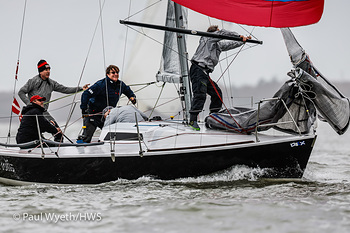 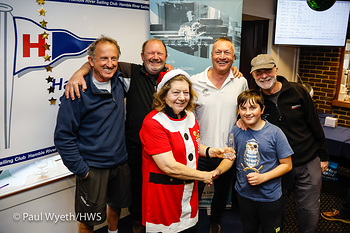 The Cape 31's first Hamble Winter Series, finished with the two teams who did the most races in first and second place. After the unusual "one weekend" discard was applied to the scores, Simon Perry in Jiraffe just pipped Andrew Horrocks in Gallivanter. Flurg, David Cummins was third in the series. The late run of four bullets by Tokoloshe IV, David Bartholomew was to no avail. David and some rather large Cape sailors, came back to support Jiraffe and Gallivanter. They were accompanied by Cape 31 designer, Mark Mills, no stranger to the Hamble Winter Series from his time at the then Southampton Institute and Cape 31 boat builder, Stephen Du Toit. No doubt they were planning more ways to get boxes of boats to the Northern Hemisphere. 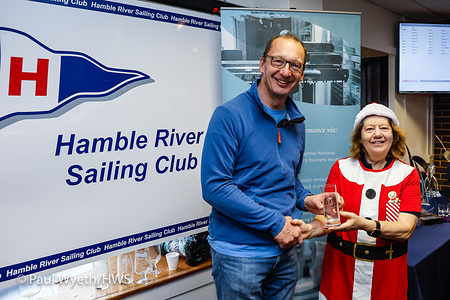 Back in the HRSC Clubhouse, Santa's helpers, the Elves, had been busy with decorations and festive nibbles. Jackie Peck of Pharmacy Consulting Ltd presented some goody stuffed rucksacks to the day winners.Then the prize for Christmas spirit was given to Prospero of Hamble, Sigma 33, Alan Fraser and crew who manged to put tinsel up their shrouds and in other places. Then the suitable attired Christmas Commodore, Serena Alexander, presented the series prizes. 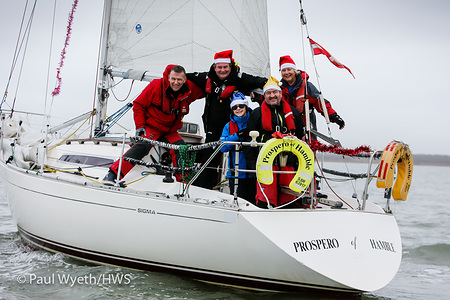