The Race Team WhatsApp to the fleet on Sunday morning informed them that the Committee Boat was heading to 4J (conveniently, hamblewinterseries.com!). They were to expect 12 – 17 knots from 300 degrees, with a final warning that it would be chilly. Well, it is the Winter Series.

The fleets started with a short windward leg and were then tested with a mixture of downwind, reaching and upwind sailing. A good challenge for any crew to test crew work, sail choice and tactics on a fresh and bracing winter series day.

Although this is the South coast's premier winter series, not all good sailors come from the south. There are a number of useful incomers from those pond sailors in the NW of England. Mr L Smith and Mr I Southworth come immediately to mind. So, it was no major surprise when the Yacht of the Series turned out to be owned and sailed by a lad from Tyldesley. That's near Bolton for you southerners, if you're bound fo't go.Chaz Ivill brought his new J 112e, Avanti Tyres, home in first place on Sunday. This made it 6 first places, a second and a third for a very tidy 11 pts in the competitive 20 boat IRC Class 1. Richard Patrick's First 40 Dusty P, took third on the day, and second overall, whilst Pegasus DekMarx,Farr 30evo, Malcolm Wootton, held on to third overall despite a fifth place on the last day.

In IRC Class two, HRSC stalwarts, Robbie and Lis Robinson, First 35, Hot Rats, missed out on 2nd overall, with a third place on Sunday. In the club house later, Lis could be heard muttering "15 seconds, 15 seconds" at regular intervals to anyone who'd listen. This, presumably lost 15 seconds, allowed Jiraffe, J109, Simon Perry, to both win on Sunday and to be second overall. Overall winner of the class, Malice HOD 35, Mike Moxley, was able to discard a disappointing 4th on the day and win the series with 12 points.

First place in the 19 boat IRC Class 3, went to the wire, as they say. Although Upstart, J92s, Robin Stevenson, had a first in the last two races, Blackjack 11, J97, sailed by those serial winners Annie and Andy Howe, had enough in the bank from earlier in the series to take it by one point. Chris and Vanessa Choules Sigma 38, With Alacrity, came third on the day and third overall. Their two first places coming with the wind in races 7&10.

IRC Class 4 has seen the return of the small boat, with 23 entries. Stuart Danby, Mustang 30 mk2, Respect, ran away with the series only scoring firsts, seconds and one third, which allowed him to stay home out of the cold on the last day, and only turn up for the prizes. Stan the Boat, Sigma 33, Toby Gorman, took the last race and second overall, whilst another of the herd, Mustang 30 mk2, Gr8 Banter, Ian Handley, was second on the day and third overall.

The J88's raced in class for the second year running and this year Avia Willment in 2688 cleaned up from Tigress, Gavin Howe and Raging Bull, Tim Tolcher.

In the club house Chaz Avill thanked Stuart Childerley and the race management team for some great courses and finished with "See you all next year!"

Next year's Hamble Winter Series, the 37th, will start on the 6th& 7th of October with the IRC Autumn Championship and two days of the HWS. The soon to be announced Performance 40 Class will be rounding off their season with a double points series of 5 races on the same weekend. You heard it here first.

In numbers this year's Hamble Winter Series and its three sub events; the Spinlock IRC Autumn Championship, the Hamble One Design Championship and the Fast 40+ 5th and final event, led to the following: 143 Yachts entered, 16 classes contesting 108 races, 814 starters and 786 finishers. 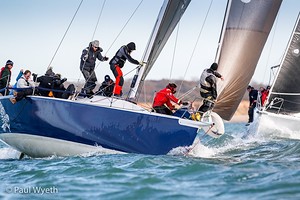 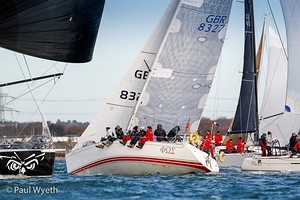 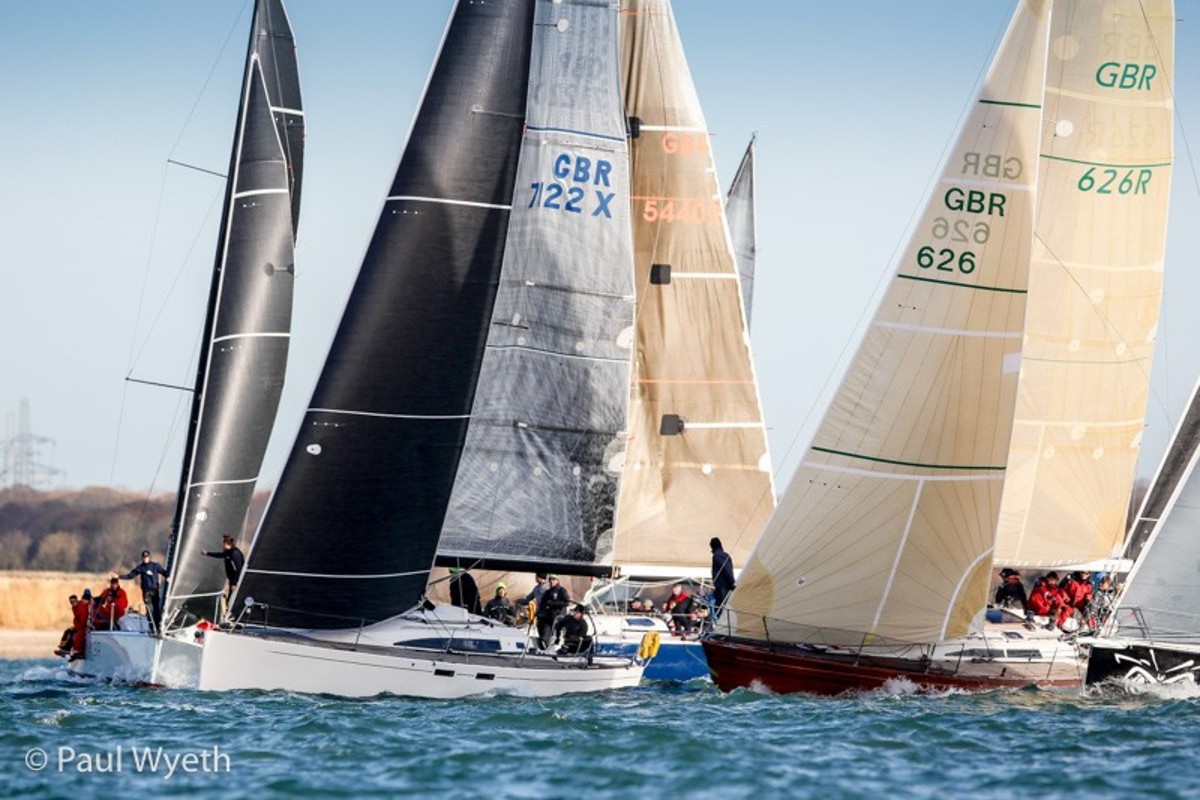