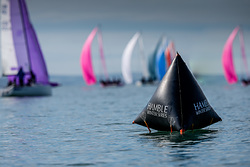 Although the first Saturday of the 2022 Hamble Winter Series was a lovely sunny day with a good breeze, there is always some last minute preparation to attend to on the Friday before. This year it required a large orange buoy and a small green one, being placed in the middle of the river on Friday afternoon. With the predicted 40 knot gusts coming in and a good deal of precipitation occurring, this was an interesting exercise. Thankfully no lives were lost and the buoys were still there the next morning!

The J70s and the SB20s were first to go on the Saturday. Now, I don't normally talk about Holyhead Harbour when reporting on the Hamble Winter Series. However, on that wet and windy Friday three men and their SB20 turned up at HRSC and asked where they could launch their boat. It turned out that Ryan Seddon, Max Peters and Steve Jarrett had just towed "Taxeavasion" from Anglesey to join in the fun. They were helped to launch by our neighbours at the RSrnYC and duly made the start line on Saturday.

With the forecast for Sunday looking bit light (no wind!) CRO Ian Bullock decided to get four races of the weekends six, completed on the Saturday. This would turn out to be a very smart move. Eat, Sleep, J, Repeat, Paul Ward rather spoiled the event by scoring three firsts and a second on day one. The chasing pack was made up of Calypso, Jonathan Calascione, Dads 'N' Lads, Tim/Ole Simpson/Bettum and Yeti Jack Davies.

In the SB20 fleet, 6A Vision Homes, Peter Noe had a narrow lead over Dark 'n' Stormy, Adam Bell and Taxeavasion. 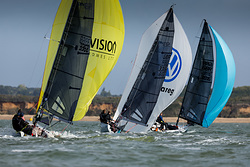 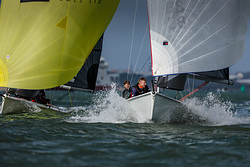 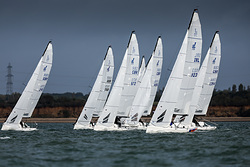 Sunday dawned and the weather was very wet with, as forecast, no wind. The crew of Darkhorse, Mustang 30, Rob Macgregor, were spotted cowering behind the Beach Hut Café waiting for their mount to arrive.

Undeterred, the Race Teams for both the One Designs and the IRC fleet, put to sea as there was a chance of a bit breeze early on. Peter Bateson, CRO of the IRC Course reported "A grey drizzly start" when the CV, Wetwheels, set up 0.2 NM to the SE of Hill Head. "The breeze," he said," was 3-5 knots fluctuating around NNW." Both fleets managed to get under way and Ian Bullock got the 5th and 6th races completed with the J70 and SB20 fleets. Once again Eat, Sleep, J, Repeat, scored a bullet in race 5 and this meant they could have a leisurely 5th to discard in the final race and still win the final Grand Slam of the season. They were 8 points ahead of Calypso and 14 clear of Dads 'N' Lads.

In the SB20 fleet, 6A Vision Homes just won the weekend on count back from Tan Gwylit, Phil Tilley. Ryan, Max and Steve brought Taxeavasion home in third. The second weekend of the Hamble One Design Championships will take place on the 15th & 16th of October.

On the IRC course, getting round and finishing one race became a bit of an issue. The 3-5 knots of breeze "died to nothing as the sun came out" bemoaned Peter Bateson. The faster boats managed alright but "as the wind died the final ten boats were unable to overcome the moderate tide and ran out of time." They were awarded points for "Time Limit Expired" which is much better than staying at home when it is raining. 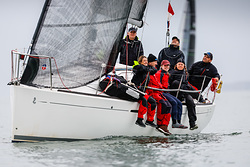 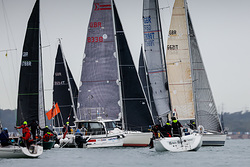 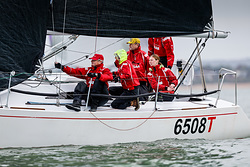 The J109 fest that is IRC Class 2 continued in the one and only race. JAGO, J109, Mike and Susie Yates came home three and a half minutes ahead of Jybe Talkin', J109, Chris Burleigh. Mojo Risin, J109, Rob Cotterill was an agonising four seconds back on the water. In Class 3, Justify, J80, Ross Bowdler pushed J'ronimo, J92, David Greenhalgh into second. David Thompson's SSJ320, Double Trouble was third. Class 4 had only two finishers as the wind disappeared. Theseus, Quarter Ton, Tom Power came home ahead of Banter, Mustang 30 Mk11, Ian Handley and Tim James.

Back in the HRSC Clubhouse there was a party atmosphere, as Yannick Hugoo, from The Bugle, gave away vouchers, Gin and Wine to the boats who ended on the podium and one or two of those who didn't! Louay Habib, that well known yachting scribe, who has been to a party or two, commented "Great amos. at the club well done to all."

Next week the Force 4 Chandlery from Port Hamble will be the day sponsor for the Hamble IRC Autumn Championship. Let's hope for a little more breeze and some sunshine. 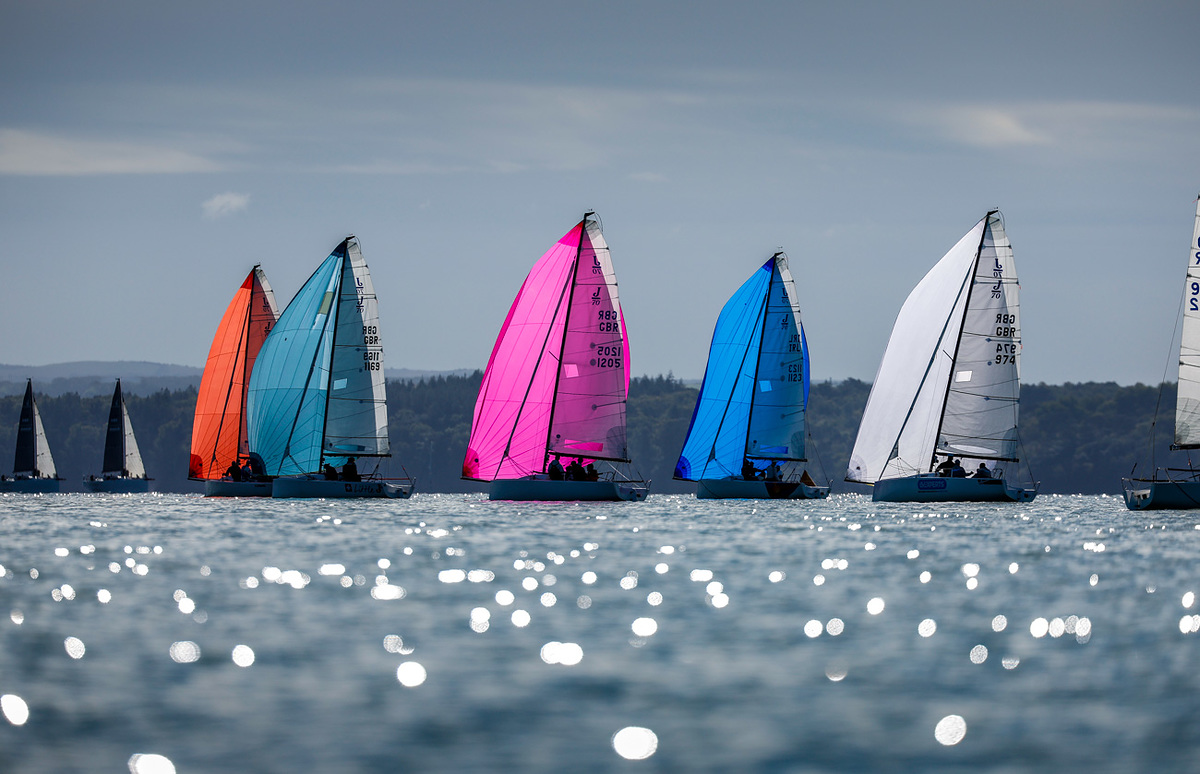 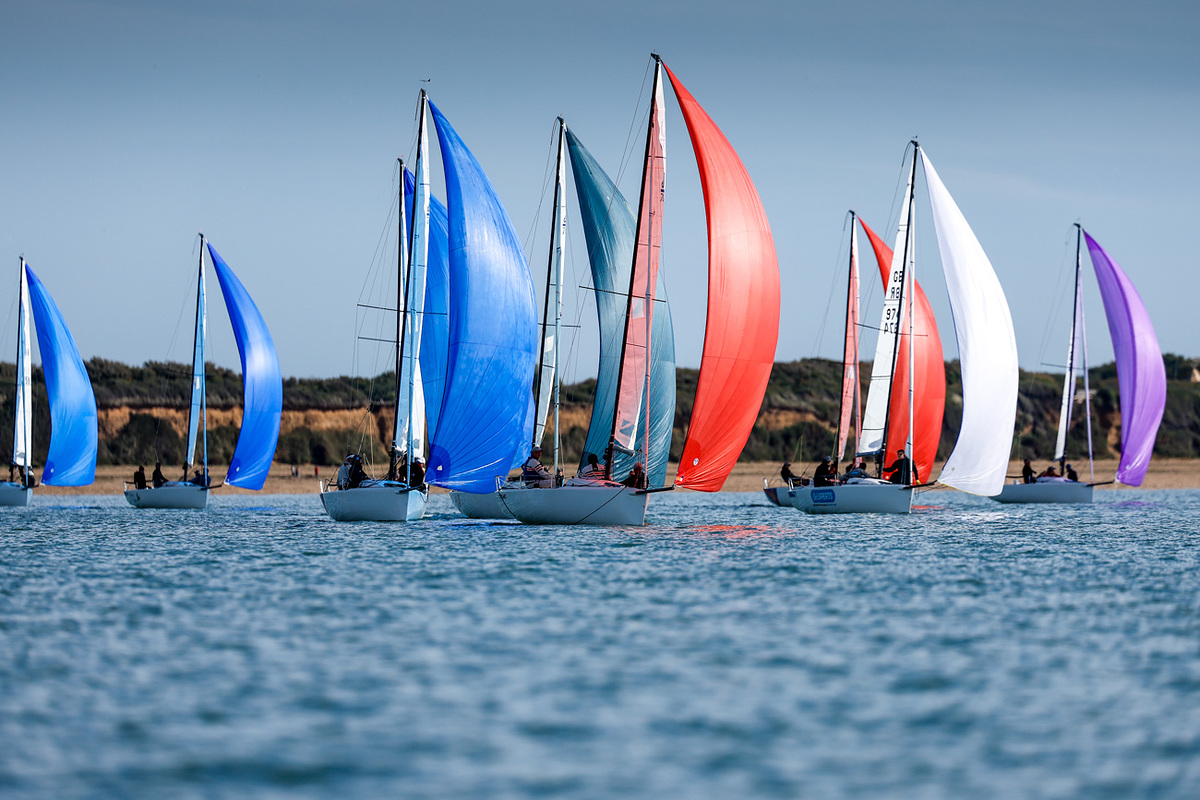 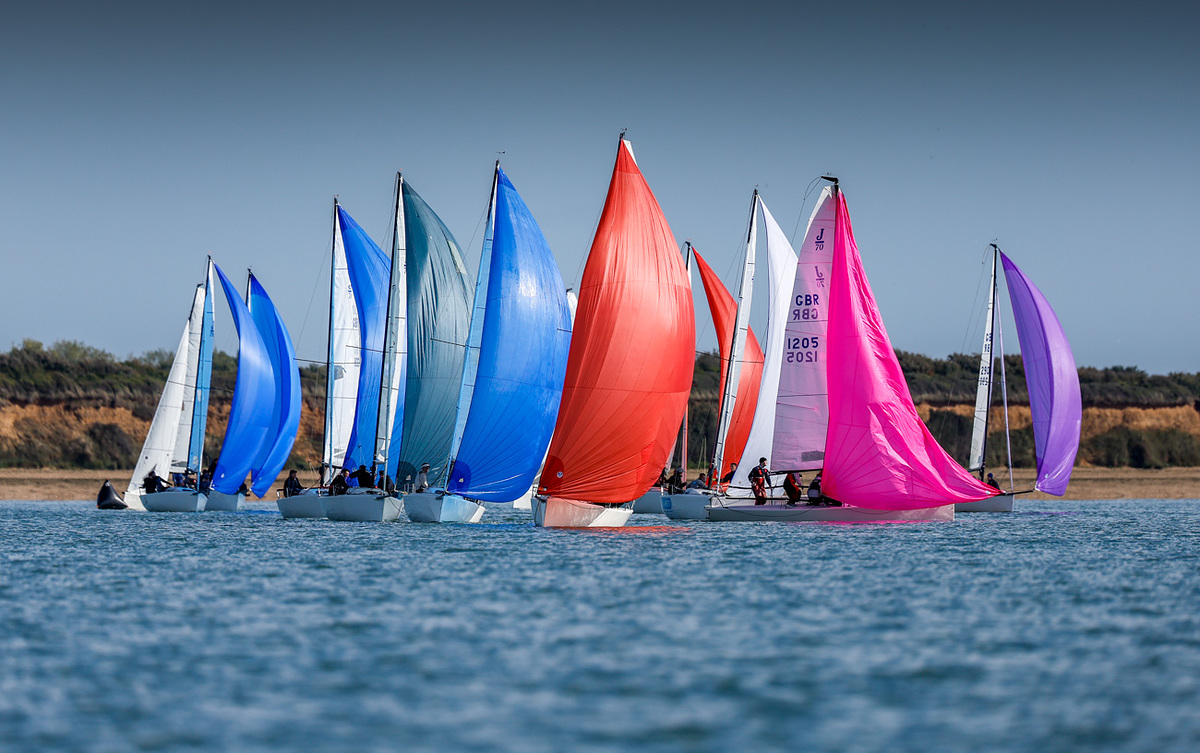 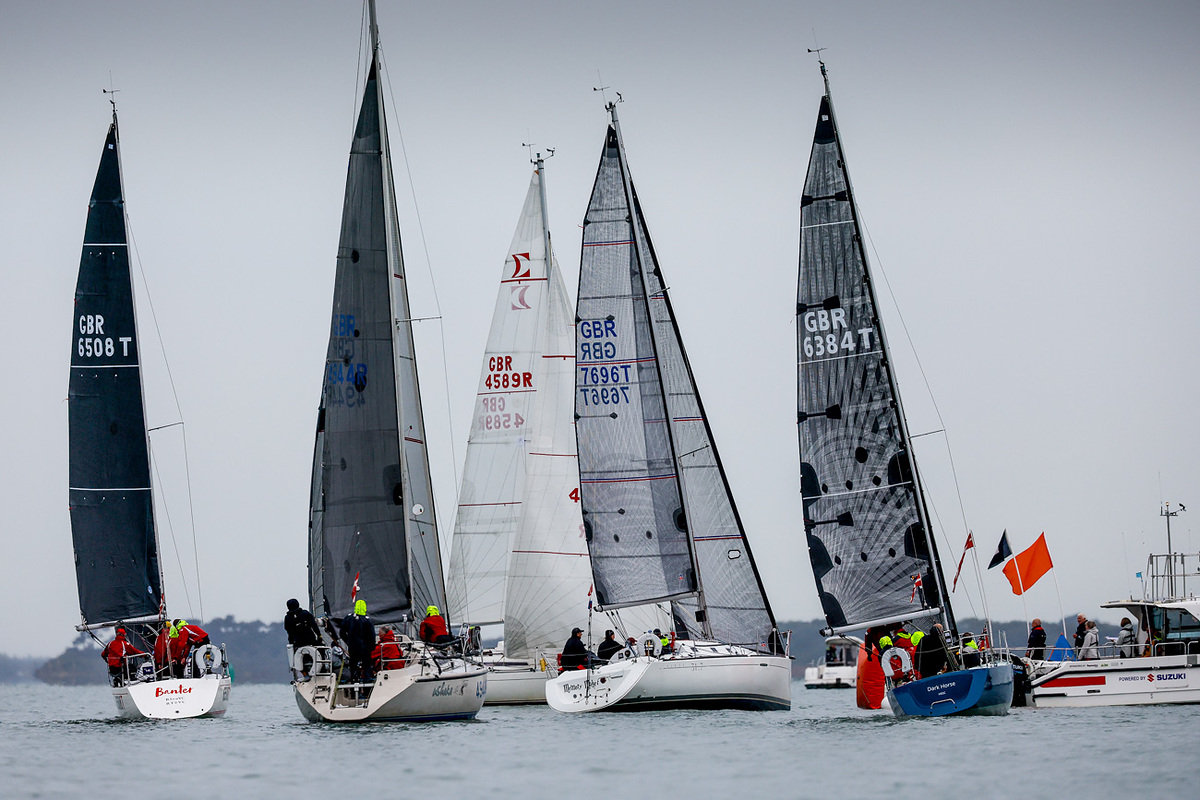 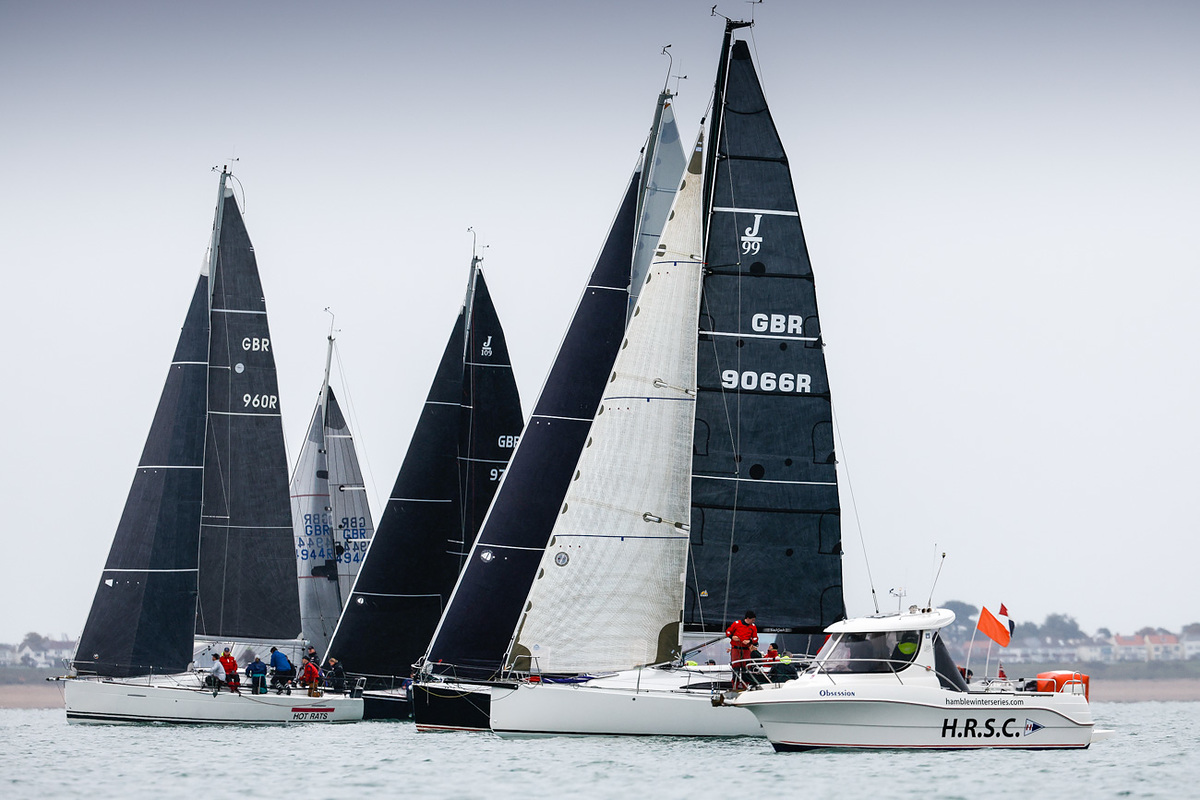 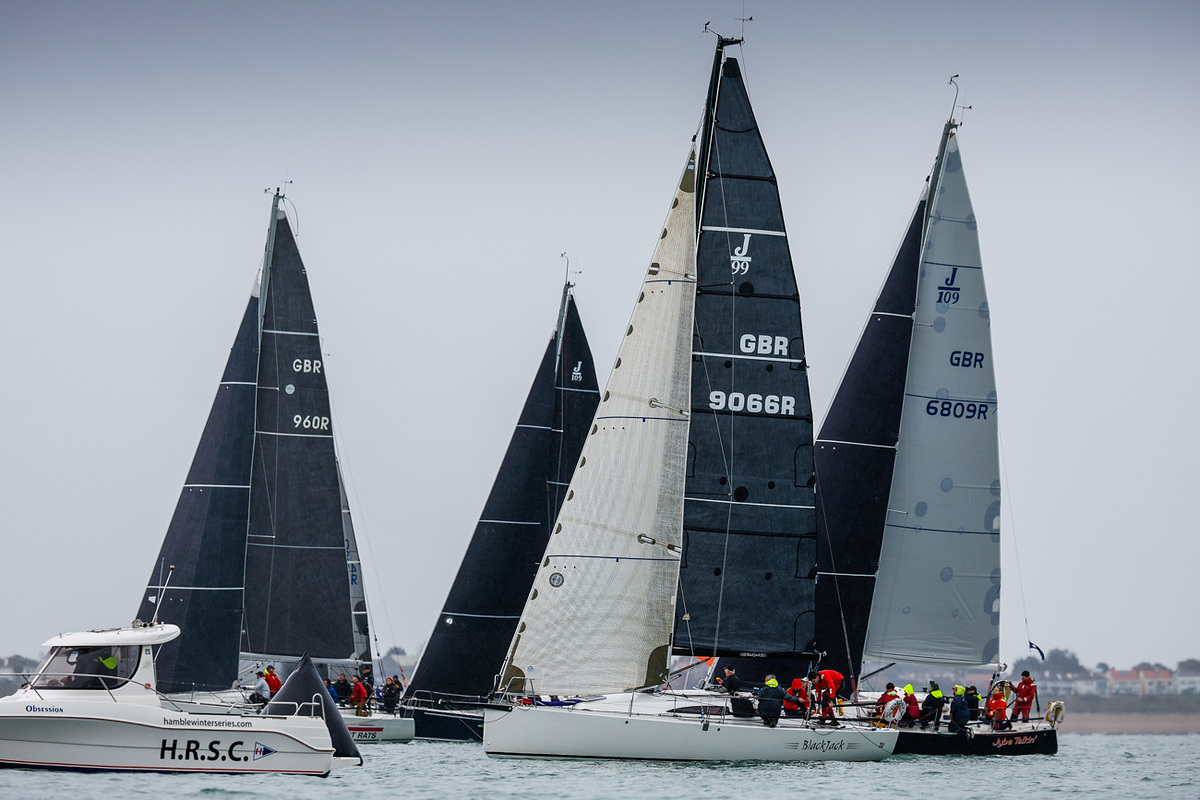 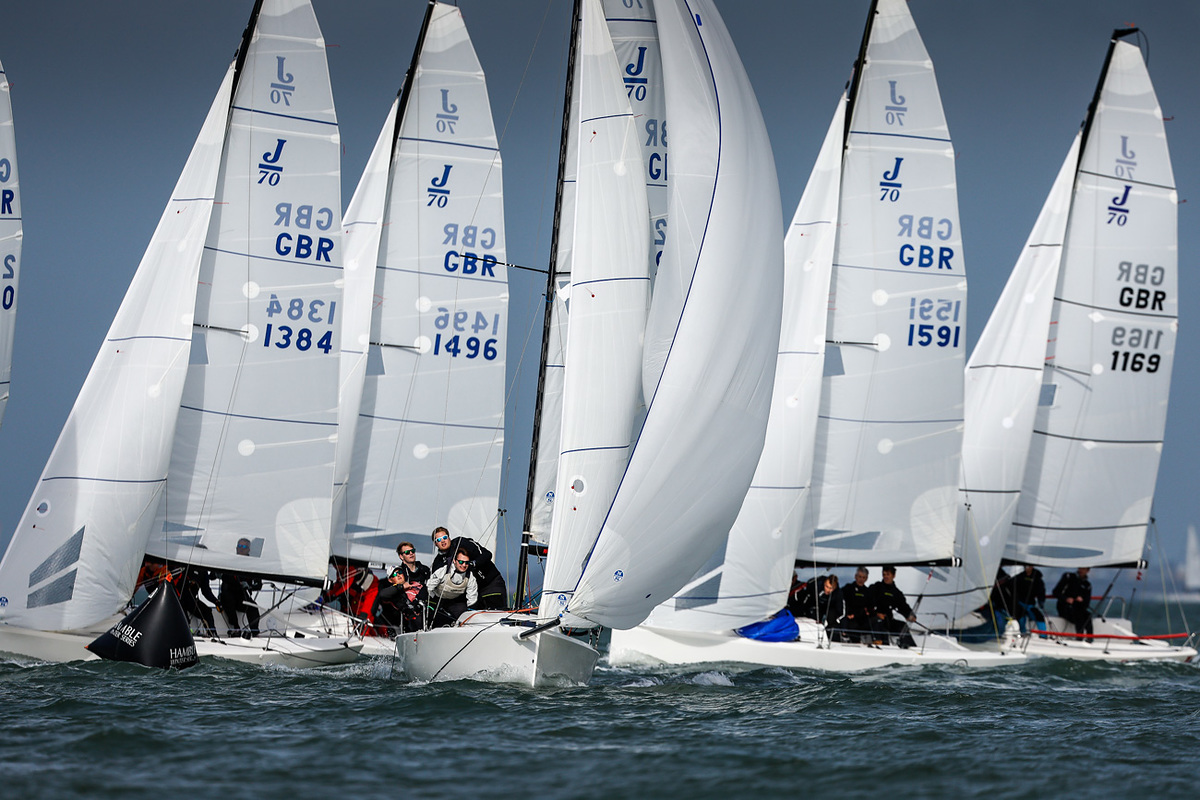 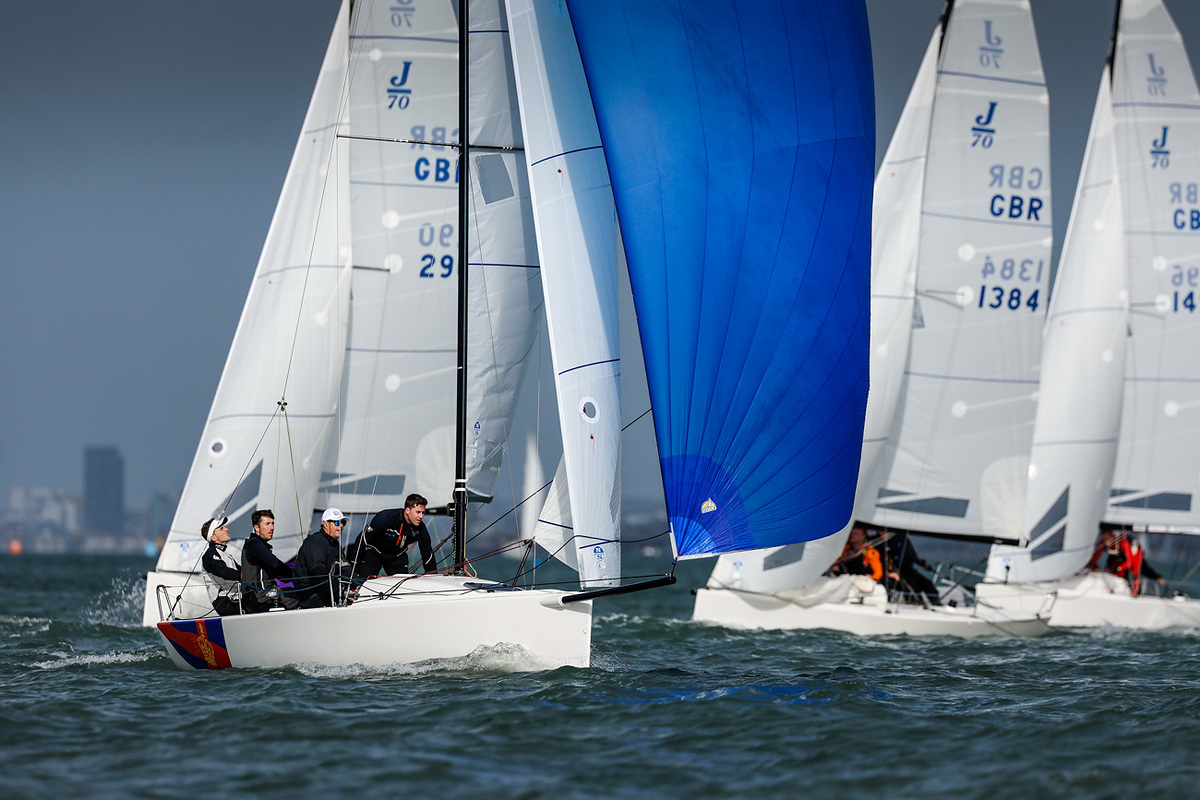