The second weekend of this year's Hamble Winter Series, was a two day affair, to incorporate the Hamble IRC Autumn Championship. Forty six teams had entered for the five races which, were programmed over the two days, with a mix of windward /leeward and round the cans. The three races planned for Saturday looked very ambitious with a forecast of lovely sunshine and 2-4 knots from the NW. Indeed, a number of competitors stayed ashore expecting there to be no racing at all. The Race Team, led by Peter Bateson, are made of sterner stuff though and armed with their Factor 30 they left the Hamble on time to "give it a go."

They set up just inshore of 4V, Hamble Yacht Services buoy, laying a short course to the NW, ready to start on time. However, a 20 degree wind shift, just as the start sequence was about to get under way, led to a postponement and re-set of the course. 4Q, John Fisher was one windward mark and a laid buoy was set for a shorter leg for classes 2-4. The course for Class 1 was for 3 miles, with the lengths scaling down to 2.2 miles for class 4. All classes got away cleanly but it wasn't long before the very light breeze became even lighter. With the help of the NW going tide everyone got to the windward marks and then turned to run back against the tide. Those who gybed inshore made gains. The Race Committee sensibly decided to shorten at the leeward mark and all boats eventually made it. The last finisher took just over two hours for the two legs of the course. The CV waited around until 15.00, but although the modest SW breeze arrived at Lymington and then Lepe, it never made it to the race area and racing was abandoned for the day. 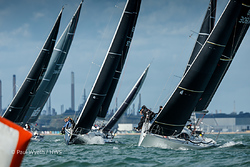 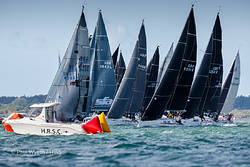 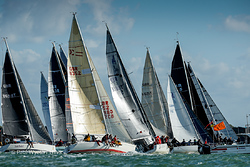 Sunday was sunny too, but this time the predicted wind was 11-14 knots. Coming from just east of south and occasionally reaching 18-19 knots, the two planned races were completed in good time. In Class 1, Journeymaker 11, J111, Louise Makin, proved that she could go in the light stuff and the breeze by scoring three first places. "A Champagne day" said Louise. Jitterbug, J111, Cornel Riklin, was second on 7 points, 3 points ahead of Mako, Fareast 28, Geoff Poore.

In the sixteen strong Class 2, Arcus, A35, Paul Newell and John Howell had the measure of JAGO, J109, Mike and Susie Yates, all weekend. "Yesterday I got sunstroke" quipped Susie, "and today I was blown away!" Mzungu, JPK 1080, Tony White came third just pipping the JPK 1010, Elaine Again of Mike Bridges. Mzungu has had a busy year coming 3rd overall in the Sevenstar Round Britain and Ireland, with the two Sams, White and North on board. Class 3 was won by Brenda's J, J92, Becky Walford. With Alacrity, Sigma 38, Chris and Vanessa, came second by dint of scoring two firsts on the Sunday. They missed Saturday; perhaps they were out of sun screen? Jambo, J92s, Simon Shillaker was third a point behind WA. 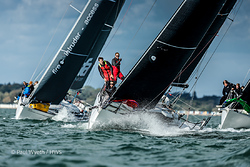 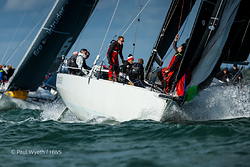 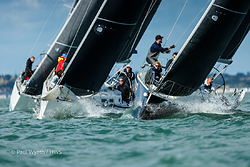 Class 4 was very tight at the front, with three completely different designs vying for top spot. In the end, Peter Morton's beautiful S&S designed Swan 36, Scherzo, pipped Protis, Fauroux quarter ton, Ian Southworth by one point. Another point further back was Banter, Mustang 31 mk2, Ian Handley and Tim James. Rather than be disappointed the Banter crew were over the moon at beating Protis for the first time ever in the last race, both on handicap and on the water. "Perhaps they were hung over?" said Ian. I assured him that did not normally make any difference to their performance!

Back in the HRSC Clubhouse there was another well attended prize giving. Force 4 Chandlery was the official day sponsor, represented by Julian Cox. They were joined by Kingfisher Ropes and B&G in giving away vouchers and goodie bags to those on the podium. Commodore Serena Alexander presented the glassware. 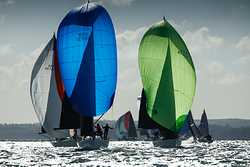 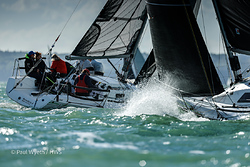 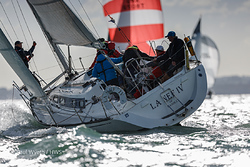 This week Soak Marine Insurance will be the sponsor. It will be the second weekend of the Hamble One Design Championship with the Cape 31 fleet and the Impala 28 fleet joining in. Sunday will be Week 3 of the Hamble Winter Series. 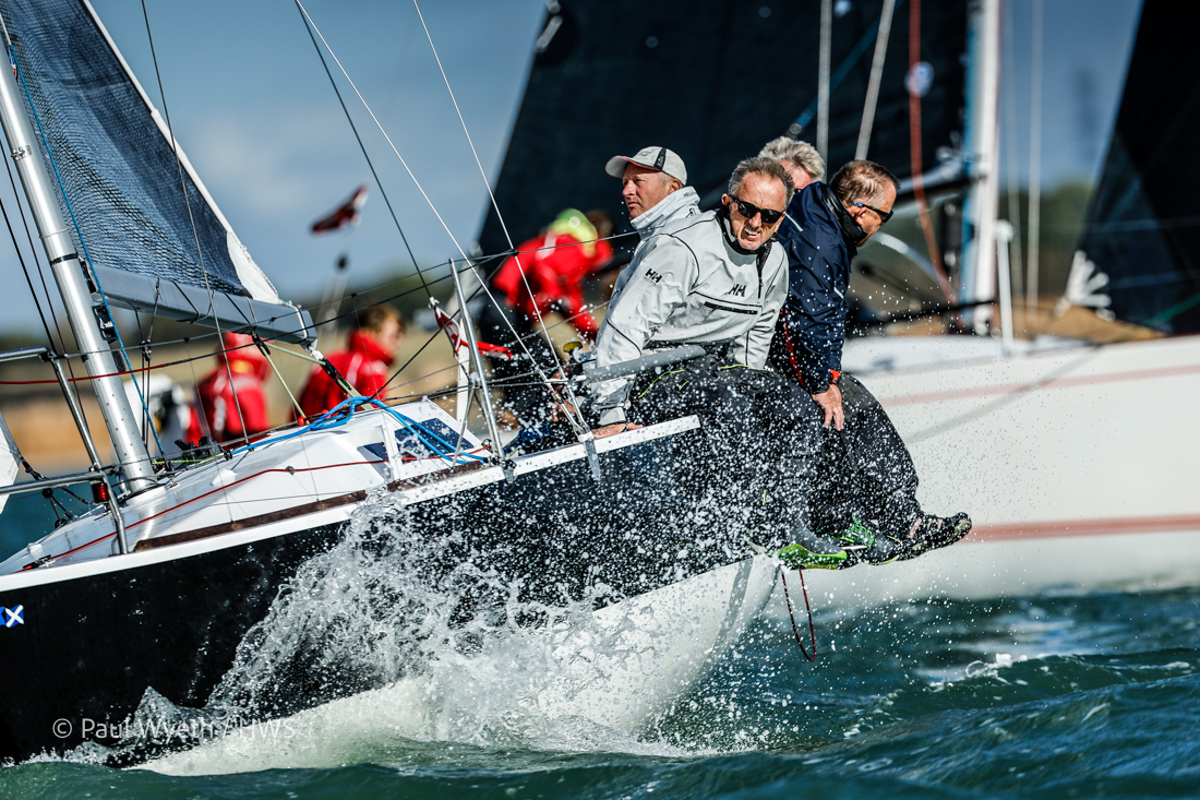 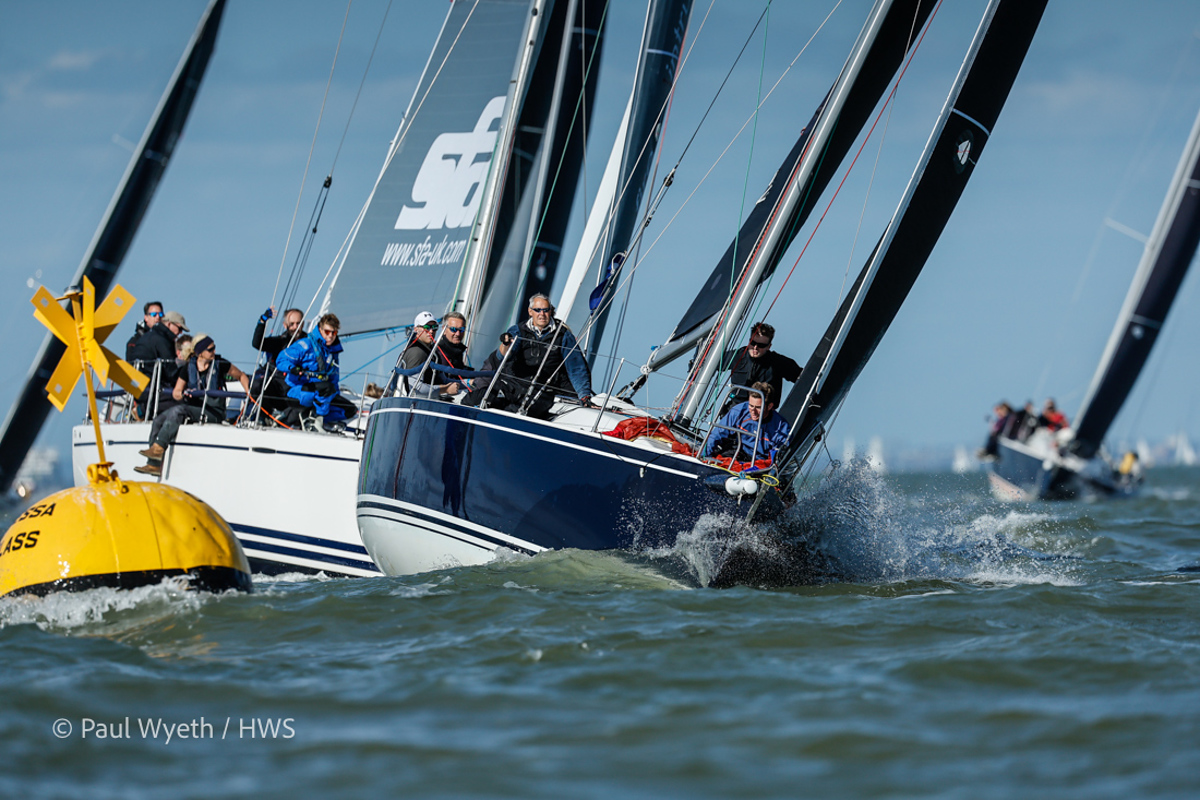