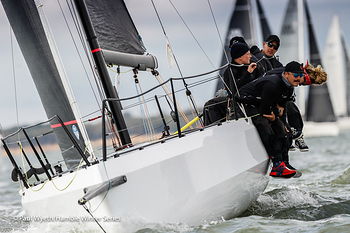 This year's Hamble IRC Autumn Championships will take place over the weekend of 9th & 10th October. Now a regular feature of the HYS Hamble Winter Series, the championship attracts a good number of entries. Indeed, with three weeks still to go, twenty nine teams have already entered. There will be three races on the Saturday and two on the Sunday, weather permitting.

Two of last year's winning boats are already back. IRC Class 3 winners, Ian Handley and Tim James are back with their Mustang 30 Mk11, Banter. Last year it was "Gr8 Banter", so there must be a story there!They are unlikely to have it all their own way this year however, as the current Quarter Ton Cup winner, Protis, Ian Southworth and Team Hamble, has returned to the championship after last winter's lock down. J'Ronimo, the J92 of David Greenhalgh is also likely to there or there abouts when the points calculated.

The other returning winner is Simon Perry and his Jiraffe. This time Jiraffe is a Cape 31 and not a J109, so Simon will be unable to defend his IRC Class 2 win. This should make life a bit easier for Jago, J109, Mike and Susie Yates, who were second in the IRC Autumn Championship, but nudged Jiraffe into second place in main HYS Hamble Winter Series in 2020. With sixteen of the current entries in IRC Class 2, it looks like a highly competitive affair.

The new Jiraffe is going to have to play in IRC Class 1 this year. Last year their Cape 31 sister ship, Tokoloshe 3, cleaned up in both the IRC Autumn Championship and the HWS main series. Skippered by David Bartholomew and with the added guile of David Swete, the Cape 31 performed so well that the two David's and their associates have managed to grow the fleet to some 9 boats in 2021. Tokoloshe 4 has just arrived in Hamble and the Bartolomews showed they have not forgotten how to win when they won the Cape31 Class at the Royal Southern's September Regatta last weekend. These Capes do seem to work straight out of the box literally.

IRC Class 1 will also be racing for the Hamble Star Trophy, presented to the best "Big Boat" in memory of Jane Windsor who graced the Committee Boats of the Hamble Winter Series, the Royal Southern Summer Regattas, the RORC series and many others.

Online entries can be made here:www.hamblewinterseries.com 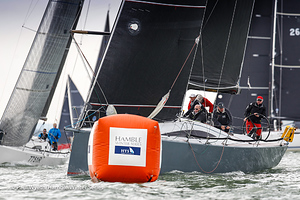 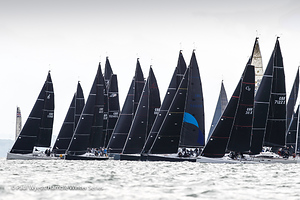