The joys of being a Race Officer were highlighted this week, when the Smalley/Bateson team, on the CV Wetwheels, set out some great courses for a wind direction of 120 degrees.

"It was a shame that just before the start it turned into 90 degrees!" said Kathy Smalley.

Undeterred and "with a bit of re-jigging" this well-seasoned race team produced a mix of triangles and sausages to provide some variety to the assembled teams. Setting up in the vicinity of John Fisher (4Q) these sausages and triangles culminated in 12.2 miles for IRC 1&2, 11.6 miles for IRC 3 and 10.3 miles for IRC 4. The Cape 31s, Gallivanter and Jiraffe, aiming for two races, had a little match race of 4.9 miles for Race 1 and then took off on the IRC 4 course for Race 2.The wind turned out to be much more shifty than forecast, but as the weather improved there was some sunshine and blue skies. 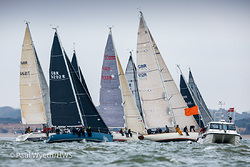 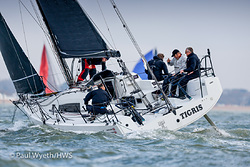 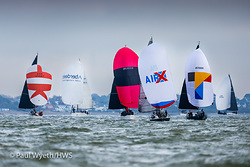 We are getting to the business end of the series now, or squeaky bum time as another sport calls it, so, we had better start by describing the battle for IRC 3 where, as Kathy Smalley says "It's a bit tight." Kathy is as always not wrong. Quokka 9, Half ton, James Crew, has been chasing down, With Alacrity, Sigma 38, Chris and Vanessa Choules, all series. With two first places for Quokka 9, in the last two weeks, these two yachts are now level on 14 points each. To add even more drama, Quokka 9 has put in a protest against; you guessed it, With Alacrity. If successful, this would involve a couple of points being added to WA's total. It will come as no surprise to hear that WA is fighting this protest. Watch this space. With Alacrity, had an interesting day. Their starboard trimmer a certain B. Smith informed me that, they had blood on the foredeck pre start which led to "a rapid change of personnel on the bow." He was less forthcoming on anything to do with protests "Mouth stays shut!" was the unusually short response from Mr Smith. J'ronimo, J92, David Greenhalgh pushed WA down into third by the best part of a minute. 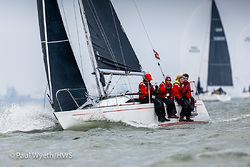 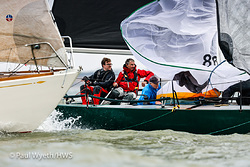 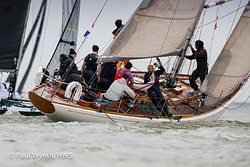 In IRC 2, "JAGO had a shocker of a start" said non other than the skipper Mike Yates. When the breeze dropped off, with two minutes to go, they "went left and got caught on the third row." Never happy back in the pack, Mike managed to port tack through the fleet to recover the situation. Tigress, Gavin Howe, one of those well-travelled Sunfast 3600s, pipped JAGO on the water but had to settle for second on corrected time. Oliver Reynolds Arcona 380, Triarchy was third. In IRC 3, Protis, Fauroux Quarter Ton, Ian Southworth, returned to form pushing Banter, Mustang 30 mk2, Ian Handley and Tim James,back into second place. This meant that Rob Macgregor in Dark Horse, Mustang 30, was of course third. The little Corby 25, Duff Lite of Gavin Doyle, came out for the first time this series and posted a fifth place. Gallivanter, Andrew Hoorocks, took the Cape 31 match race from Jiraffe, Simon Perry. Gallivanter also prevailed in the drag race home where the Cape 31s overtook the tail end of IRC 4 despite starting 45 minutes behind them. Slippery little suckers those Capes.

Back in the HRSC clubhouse, Will Oldroyd, of One Sails presented the prizes to the winners. As usual One sails came up with a nice mix of shirts, bags and booze. 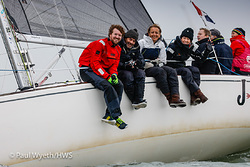 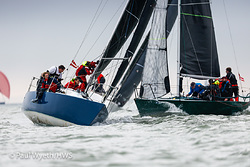 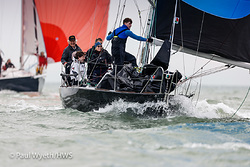