There is often some debate in October as to why this series is called a winter series. Anyone who was involved in day one, Saturday 2nd October, is in no doubt whatsoever. With 18-25 knots of breeze from the south and unrelenting heavy rain, all concerned were under no illusion that summer was well and truly over. Spare a thought for the mark laying crews in the choppy wet conditions. Two recently qualified PB2 drivers were out for their first experience of mark laying. Debbie Horton and Hattie Rossall quickly realised that the calm and controlled driving needed to pass the award was of little use when putting inflatable marks in the correct position in 20 knots. A bit of welly is required! Fortunately, they were accompanied by a couple of very experienced mentors in Ian Schenkel and Paul Howard.

With two fifths of the Nordic Folkboat feet understandably unwilling to travel from Lymington, the rest decided on Friday afternoon to stay dry, and leave the Race Team with only two fleets to juggle in the forecast window of opportunity on Saturday morning. This left Ian Bullock and his team with just the J70s and the Impala 28's to play with. Some slick race management meant that they were able to get two races completed before the wind built to the anticipated 25 30 knots at 12.30. With the wind in the south the CV had only had to reach Clipper to lay a windward/leeward course. The added benefit of this was that when conditions became fruity the boats could quickly dash back up the Hamble River. 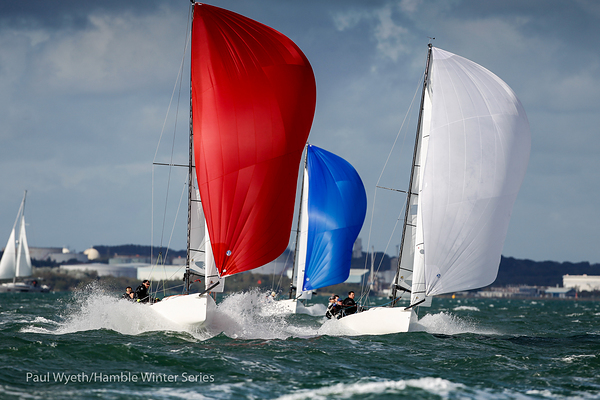 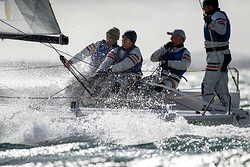 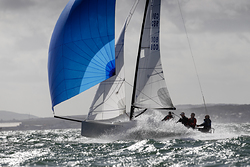 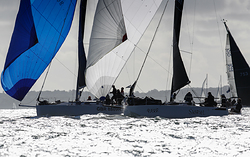 In the J70 fleet Martin Dent in JElvis, scored two soggy bullets to lead from Jeepster, Graham Clap in second and Dads'N'Lads, Tim/Ole Simson/Bettum in third. Another two bullets had Polly, Ben Meakins in first place in the Impala 28's. Two of the best named Impalas ever, Vlad the Impala, Peter Dessent and Bambi, Richard Harding were tied on six points each in second and third.

Sunday dawned grey and very still. The CV's, Wetwheels and Flightwing left the river on time to look for some wind to race with. They needn't have worried. By the time they reached 4V (Hamble Yacht Services) and 4S (Royal Southern) respectively the wind was building nicely and would be a good Force 4 by race time. Kathy Smally and Peter Bateson sent the IRC classes on a two lap windward/leeward course with a port rounding and the top and a starboard rounding at the bottom followed by a short fetch to finish. 4E (Jane) was used as a windward mark, an appropriate gesture to Jane Windsor, a long-time supporter of the Hamble Winter Series as well as a top Race Officer. Jane's family and close friends would arrive at "Jane" later, in the MV Seafin, to scatter her ashes. 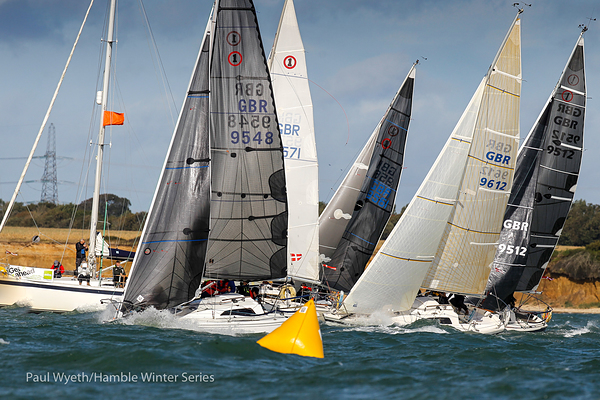 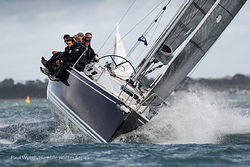 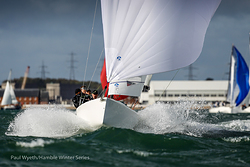 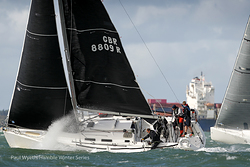 As wind built steadily, so too did the possibilities for errors. In IRC Class 4, two of the most fancied teams, managed to round the wrong yellow mark. Last year's class winner Banter, Mustang 30 Mk2, Ian Headly and the previous year's, Protis, Fauroux Quarter Ton, Ian Southworth, were both left with NSC on the results sheet. This allowed the angry young man of Hamble, Barnaby Smith, to take first place in Imptish, Impala 28. Barney had struggled with the choice between One Design and IRC all week, but in the end, all's well that ends well, as somebody once said.Henry Rochford brought his Alacrity 18, Ipqu-Aya, home in second place, proving that the renamed Round the Island winner can handle the shorter stuff too. He wisely decided not to risk the very cute, but tiny yacht in the second race as the wind increased to 24 to 26 knots. Jump to it, J99, Kevin Taylor, had a little bit spinnaker trouble during the first race in IRC 2. Having given it a good wrap, the blue thing refused to come down with the beach on the north shore approaching rapidly. In the end they were able to halt their progress and with the assistance of the crew of the HRSC Club launch, Obsession, get a tow back towards deeper water.

In the building conditions, a number of teams decided to leave for home before the second race. Not so, With Alacrity, Sigma 38, Chris & Vanessa Choules, who, as everyone knows goes quicker the harder it blows. Having won the first race in IRC 3, the second was a given. Quokka 9, Half ton, Peter Rutter and James Crew with two seconds were the runners up. In IRC 3, Mojo Risin, J109, Rob Cotterill, with a 1St and a 2nd managed to keep Hot Rats, First 35, Robbie & Lis Robinson, in second overall for the weekend. The "wrong markitus" was catching and Jago, fancied J109, Mike & Susie Yates, caught it in Race 2, IRC 2. Mike had no doubt where the problem lay "It was Susie" he declared "I was driving." He quickly added "Normally she's perfect". Good luck with that one Mike. 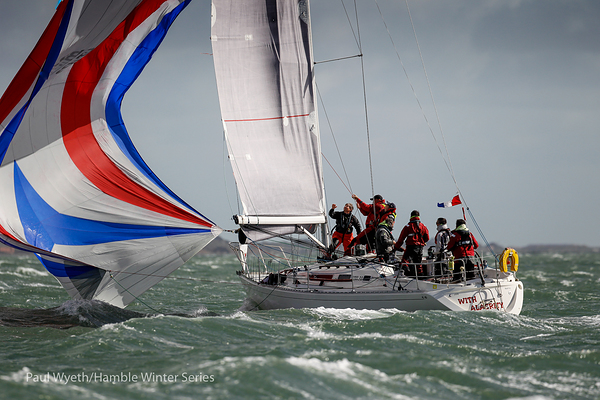 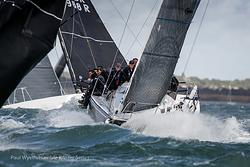 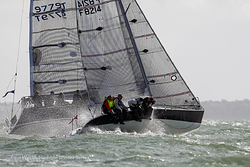 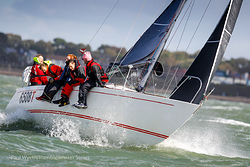 The J70's and the Impala 28's continued in the Hamble One Design Championship, where they left off on the Saturday. In the J70s, J'Elvis, Martin Dent, ended up being able to discard a first place and romped home first. Jeepster, Graham Clap, was second and Nick Phillips in Chaotic must have regretted not making day one in coming third. The Impala Solent Championship was won by Ben Meakins sailing Polly. Ben was also able to discard a 1st. Vlad the Impala, Peter Dessent was second and Bambi, Richard Harding third.

Gordon Hawes from the MTM Agency (https://themtmagency.com) presented some very large and very welcome bottles to the first three in each class at the prize giving. In addition to this, every boat present received a goody bag from the MTM Agency. Some may have got two!

Next week is the Hamble IRC Autumn Championship, with five races over two days. The Force 4 Chandlery is the day sponsor, and as usual Force 4 at Port Hamble will open early in case you have forgotten something. 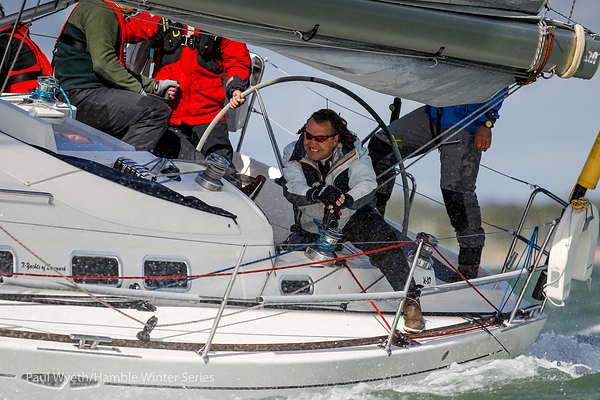